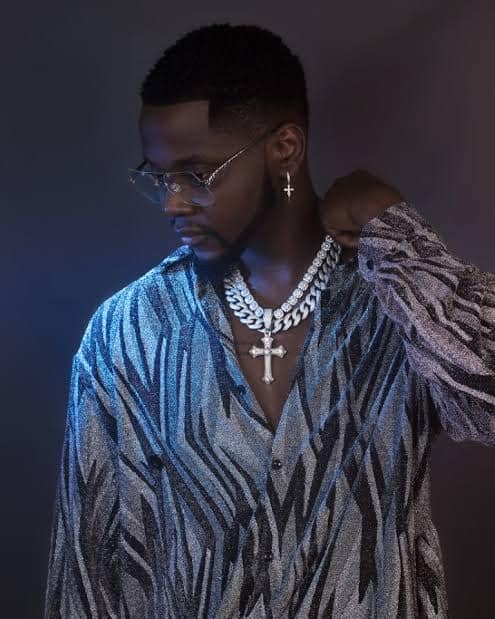 KIZZ Daniel is arrested in Tanzania. In what’s definitely a civil case. He will have to make a refund and could be sued for damages. All because he couldn’t perform without his “golden chain”. It sounds like a Village People thing. But…What if the chain is a charm?

We never know. But that’s the only thing making sense at the moment. If his oracle told him to never perform without his chains. Then he definitely would rather die than go up singing without the chain. I am just refusing to believe a Nigerian can be that dull. You have to be street dull to travel from Nigeria and land safely in Tanzania. Then discover that the airplane misplaced your bag containing your jewelry.

And you say you won’t perform because your chain is not with you. No. Not a man that sang, “wake up…collect your money”. Now the organizer who is also a Nigerian with his first event in Tanzania wants to collect his money. He told Daddy Freeze that he spent $300,000 to put up the show. Show didn’t pick. People paid huge money for tickets and VIP tables.

They want their money back. They scattered the venue. Perhaps they heard the guy is in town. But won’t person because his chains are not in town. Why will I spend N213m on a show and you think you can come and “Buga” on top nothing? Now I see why Davido slapped his manager that year. He can’t try that in Nigeria. Definitely, won’t. Perhaps he thought himself bigger than the peeps over there. In Nigeria, he knows he will not try it. And now I know why these artistes are always late to their shows. They spend time looking for their chains and rings. It’s appalling and condemnable.

Kizz Daniel has spoilt his good will. Now the PR message is negative. Brands would wonder why they should invite him shows. This Buga song that he should have milked. He needs to go to the studio again. It’s an international mess. And this happened in his US Tour. He was always late and the people asked for refund.

The only time he made it on time in Tanzania he won’t perform because his chain isn’t available. He will sign an undertaken and refund the money. Or reach an agreement with the event’s organisers. He goofed. His managers have works to do. Now we see why he is not necessarily “underrated” as we thought. Wizkid and Davido or even Burna Boy don’t have this story.