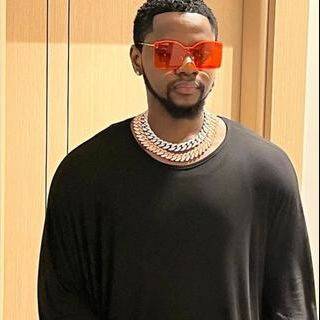 Details: In the interview released 1st August 2021 on YouTube, Kizz Daniel spoke about his hit single ‘Buga’, his dream to sell out the O2, handling interest from female fans, becoming an actor, and being a businessman.

Here are Nine takeaways from the interview.

The shocking effect of ‘Buga’s’ success: Kizz Daniel revealed that he recorded Buga before playing it for Tekno who then recorded his verse.

According to Kizz, he never thought the song was going to become an intercontinental hit when he was recording it.

Dreams of an O2 Show: Kizz Daniel nurses a dream of one day selling out the O2 and he made ‘Buga’ as a new single he would like to perform as he goes on his ‘Afroclassic Tour’.

With the global success of ‘Buga’, Kizz Daniel’s ambitions of selling out the 02 appear to be very much within reach.

The role of social media in making Buga a Hit: In the interview, Kizz Daniel revealed that his social media played a significant role in making ‘Buga’ a hit.

The dance step that accompanies the song increased its appeal and made the song a digital success which as culminated in making it the biggest African song of 2022.

This description captures Tiwa’s sensational success which has spanned a decade, multiple hits, numerous awards, and millions of fans.

Kizz Daniel’s honest classification of his music – Charlamet referred to Kizz Daniel’s Afroclassic as a genre and Kizz corrected him.

“Afroclassic is not a genre. It’s just my type of Afrobeats. Every song I make is a classic so I like to call my sound Afroclassic.”

Lone Ranger Creative Process meets Honest Managerial Feedback: During the interview, Kizz Daniel revealed that his creative process involves being alone in the studio recording and engineering his songs.

He further shared that his management team often offers feedback that is sometimes scathing, but he has learned to appreciate this feedback.

The Pan-African efforts for Afrobeats’ International Success: Kizz shared that in his show in North Carolina, the majority of the audience were Liberians.

‘Buga’ has enjoyed impressive success in Liberia where the President also caught the fever. The impressive turnouts in Kizz Daniel’s US tours shows that Afrobeats international success is a collaborative effort from all Africans in the diaspora as opposed to Nigerians alone.

Business aside music: Kizz shared that aside from his music, he has dabbled in Real Estate. While answering questions regarding life outside music, Kizz shared that real estate is his business interest through which he hopes to grow his wealth.

Considering acting: Kizz is known for his sense of humor as he has previously made skits during the interview, Kizz Dani revealed that he might soon venture into acting.

According to Kizz, the decision was inspired by his talent and his desire to take on a job that keeps him closer to his family.

Fan turn staff: Kizz Daniel revealed that he met one of his staff Efya at his show in North Carolina where he brought her on stage and the video later went viral.

Kizz later met with her and found her as an ambitious creative whose talents are a good contribution to his team.

Dealing with female fans while being engaged: Kizz is the father of two boys and he shared that becoming a father has changed him. He has a fiancée and he now consciously set a boundary with female fans even while remaining an entertainer.