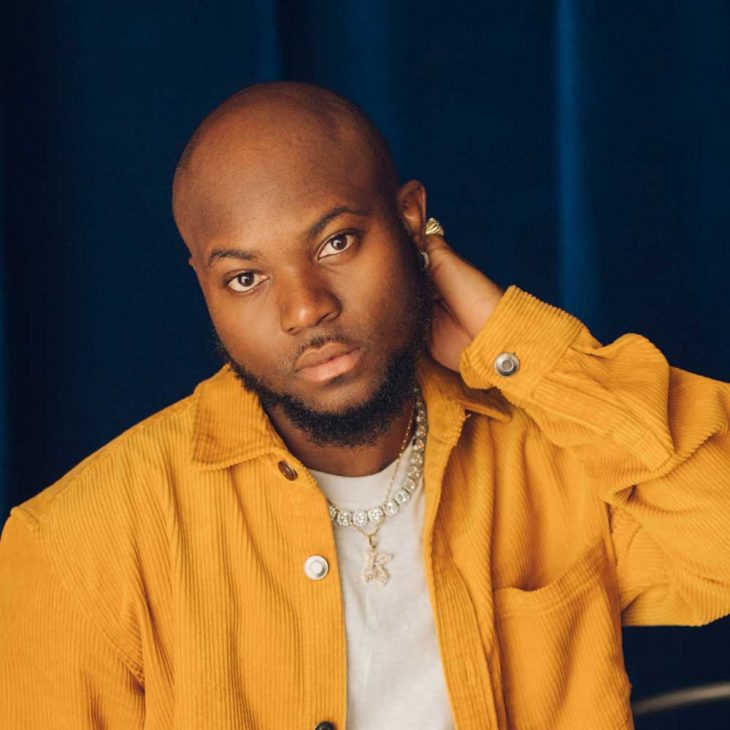 By creating a ship-shaped project that brings Afrobeats under one global roof, he shows off his “superstar potentials.” there was a mixed reaction when King Promise came through in his sophomore album ‘5 Star’ King.

Afrobeats is a global sound with consumers spread across the world. To become an Afrobeats superstar, an artist must be able to make music for the mass market and King Promise is a superstar with the ambition to take on the world.

With three years and a pandemic between his debut album and his sophomore project, King promise has gone from a fast-rising artist to an Afrobeats superstar, and ‘5 Star’ reflects this artistic and personal growth.

In his sophomore album, ‘5 Star’ King Promise shows off his superstar credentials by creating ship-shaped music that brings Afrobeats under one global roof.

From Fast-Rising to Afrobeats Superstar: A superstar, King Promise doesn’t shy away from pointing out his success and evolution.

In ‘Iniesta’ he compares his artistry and lifestyle to that of a globally celebrated footballer known for the seamless ease with which he executes difficult tasks.

‘Ring My Line’ featuring UK rapper Headie One, King Promise boasts about his personal growth and his laser focus on getting paid in an interracial marriage of Afrobeats and Hip Hop.

R&B artists often find comfort in the subject of love and this is a recurring subject on ‘5 Star’. King Promise managed to mix love songs sprinkled with the flamboyance associated with Afrobeats.

In ‘Overthink’, King Promise masks his hurt and struggles over a performance bearing sonic similarities with UK Hip hop.

A pop star, King Promise’s vocals and harmony allow him to morph into different sounds while retaining a distinctive falsetto which gives his music a smashing sonic aesthetics.

In ‘How Dare You’, he stretches his vocal cords to deliver an operatic Afrobeats performance over percussions that seamless blend of R&B and Afrobeats. He switches to Pop in ’10 toes’ featuring Omah Lay and delivers a larger-than-life verse splashed with melodic appeal strikingly associated with Afrobeats superstar.

‘5 Star’ is an album made for a global Afrobeats audience who enjoys simple Afrobeats music bearing an African face but adorned in western cloaks. King Promise caters to the appetite of international Afrobeats consumers with ‘Put Me On’, ‘Slow Down’, ‘Ginger’, and ‘Do Not Disturb’ which carries Pop-rap elements.

‘Chop Life’ featuring Patoranking brings the album home with indigenous cross-border highlife elements that offer a single crafted for the local consumers as is obvious from the choice of language, delivery, and flow.

WESTRN’s hook on ‘Bad & Rude’ combined with verses from guest appearances brought some Caribbean sonics to the album as the music travels to different realms to which Afrobeats is tethered.

King Promise flies to America as he closes out with ‘Run to You’ featuring Chance the Rapper and Vic Mensa. Spoken rap performances separated by a sensational vocal display by King Promise offer a soothing curtain dropper.

‘Run to You’ passes the message that while King Promise is on the fast lane in his global ambitions his heart will always be home (whoever and wherever that may be).

In the closing thirty seconds, the choir’s echoing vocals inform listeners that the show is over and allows King Promise to triumphantly bow out after giving listeners a run for their money. at which time you must have gotten a run for your money.

With ‘5 Star’ King Promise successfully brings together the domestic and global influences of Afrobeats that have made it into an international sound.

In ‘5 Star’ he significantly reduced his use of his indigenous language in an attempt to give more consumers a chance to better enjoy and relate to the album.

The album sequence and execution are exquisite as the arrangement offered coherence and an easy listen. However, if I was to make an adjustment I will put Vic Mensa on ‘Do not Disturb’ as I think the song could have used a rap verse and there was no need for two rappers on ‘Run to You’.

‘Put You On’ could have also used a female collaboration with her verse lodged between the opening and closing verses.

When considered as a whole, King Promise successfully managed to create a truly global Afrobeats that bears his artistic stamp.