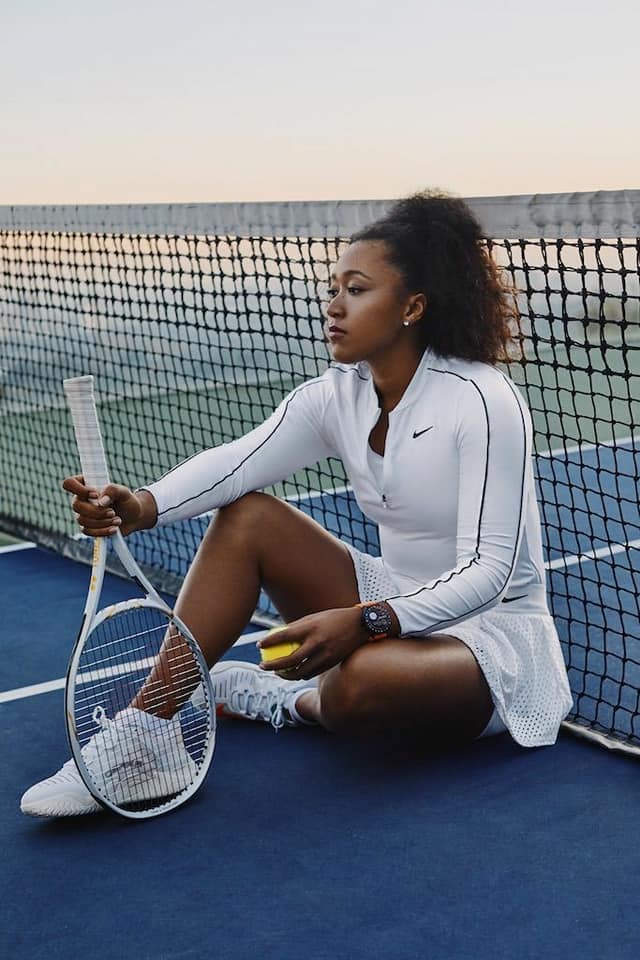 Unfortunately, to do sport.

You need to be at your best mental health.

That’s why Mohammed Ali is regarded as the greatest sportsman.

They say, he used his mind to defeat his opponents before they got in the ring.

That’s why in football mind games are real.

But yes. Mental health is a serious matter.

Possible causes include a combination of biological, psychological and social sources of distress. Increasingly, research suggests that these factors may cause changes in brain function, including altered activity of certain neural circuits in the brain.”

So we understand you.

We understand your need to boycott the press.

But we understand why the organisers of the French Open also have to fine you.

It’s the same reasons they won’t allow the umpire favor a blind tennis player against a non visually impaired one.

The French Open is a product. A brand. It is a sport’s package. The guidelines admit the participants. It is an — o r g a n is a t ion.

Part of it’s component it’s the press. Without the press, the structure and system is affected.

Sponsors put money down because the PRESS are coming.

Sponsors put money down because the STAR TENNIS players like you are also coming.

A PRESS Organisation can not say, we don’t want to interview Osaka. We want to boycott Osaka.

They cant. Same way you can’t.

It’s okay to take care of your mental health.

What’s not okay is people calling out the Tennis Board for actions they took.

Or for silly peeps turning this to a Sexist Issue.

You think Mourinho likes to face the Press These Days. At some point, if Mourinho could, he’d boycott the press. But he couldn’t and so he braved it up.

He answered questions with “no comment”, “I cant answer that”, “if I answer that it will be misquoted out of text”.

You are battling depression?

It is sad and we sympathise.

It’s a form of sickness.

Sick people are not encouraged to do sports.

They are required to take time out for therapy, medication and cure.

It’s as dangerous as an injury. Only the later is more physical.

Whoever is turning this to She vs He. They vs Them battles are also sick and deserve therapy.

The press conference is an important unit of the show. Without the press no money comes to the show. NO MONEY.

Without Money, every participant will be sick

Poverty is a form of depression too.

So let’s us understand each other.

You are a sweetheart. Rest and come to the games when you are feeling better and ready for the SPORTS PACKAGE.

The French Open will never be the same without you. But your health comes top. We will manage. After all, it use to be all about Sharapova at a time. Or all about Serena Williams at another time. Even Venus Williams struggled with her health as well. That also affected her sadly.

You can come out strong.

PS: This is a simple matter.+