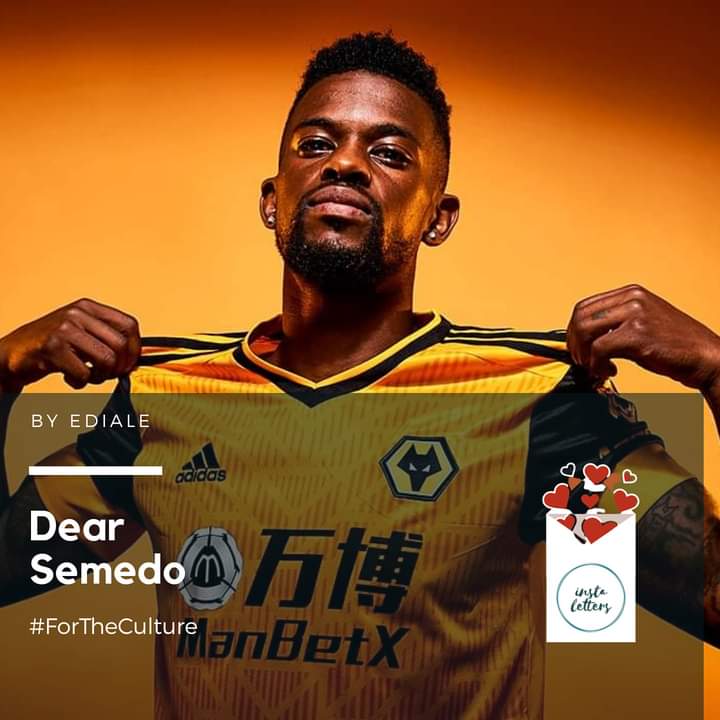 You are now a Wolves player. Super agent Jorge Mendes has done it for Wolves again!

Good for you. After 82 games with Barca.

If you played 12 more games it would have been 100 matches.

And Barca would have paid an extra €5m to your agents.

Barca paid an initial €30.5 million to get you but were tied to clauses that mandates them to also pay another €5m for every 50 matches you play as a Barca player.

The funny kind of deals Bartomeu and his men make these days.

For Nuno Espirito Santo who has eyes and tastes for Portgal players. This is a super deal for him.

Replacing Matt Doherty with you is brilliant. Since Doherty joined Tottenham on a four-year-deal last month.

“I chose Wolves because it’s a very good team that plays very good football. Last year they did a very good season and it’s a very important team in England, in also Europe. I hope this year we can do very good things” you told the club’s website.

But hey, I think you majorly made that decision easily because Wolverhampton Wanderers is now a safe home for Portugal players.

Wolves executive chairman Jeff Shi said: “‘Progressive at heart’ is one of our core values at Wolves. For a member of staff, for a player, for the whole club, we are all making great efforts to progress continuously. It’s isn’t often that we have the opportunity to sign a world-class player from a world-class club. Nelson’s signing shows we will never stop progressing and we are still hungry and humble in our heart.”

They are doing some smart business for themselves. Defender Hoever signed from Liverpool last week as forward Diogo Jota’s completed a move in the opposite direction in a deal worth up to £45m.

Good one. Congrats. Wish you all the best.

PS: Now who will replace Semedo for Barca? I really never actually 100% trust in you. But at most point you impressed me.