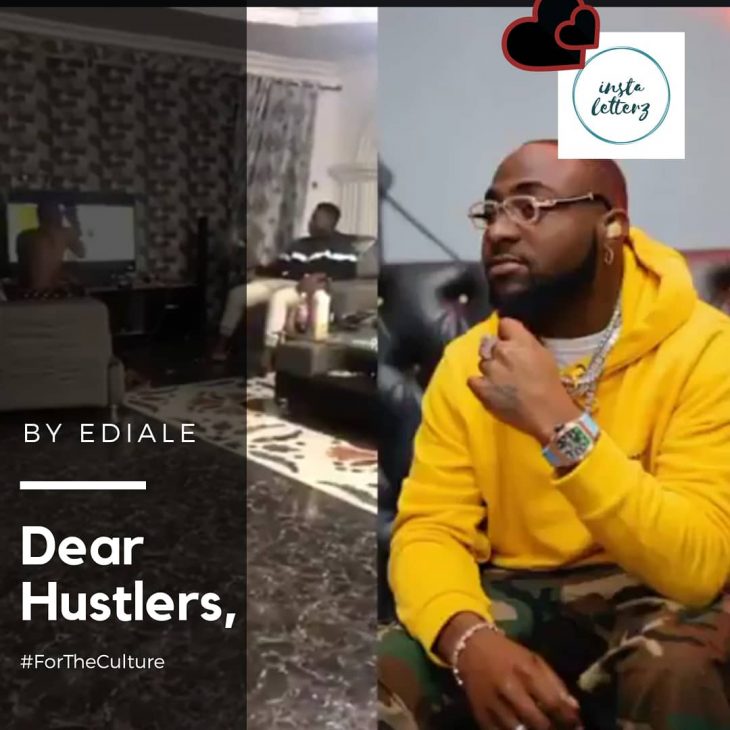 Lockdown will make you start thinking.
These ones are way better than those going to rob others for money.

At least these guys got a script together and almost made us believe it a nonscripted reality.

Davido can even still send them indomie money. At least for their time, data, and the labor.

At least, “na somebody go pack that bottle wey break”.

As an experienced Drama Director with many live shows under my belt. Let me try and improve this failed attempt to make a viral success out of a made belief show.

1. Let your camera angle always favor the best actor. Show less of the less-talented actors. This camera should have been placed at the other side to favor the guy who’s head was smashed.

2. To get an unbelievable reaction. Do the unbelievable. Why put a cap and a pad on the head of the guy that’s going to receive the bottle. Smart viewers will suspect foul play. And then to even make things worse, the “breakee” doesn’t have a cap on. Scam. You could have at least make both of them wear caps. And make both fully clothed. So we know they were just coming in. Or about to go out.
But now you are busted. We see the cap and the head pad. So it was a setup.

3. The girls. Rehearse until everyone gets it. The girl that approached the camera to end the recording wasn’t acting. She was playing.

4. Timing. To achieve that reality effect. You need to get your timing right. Otherwise, it looks staged. See before the bottle pieces touched the ground, the ladies already jumped into the scene. Only American cops are that effective. And most of the cops don’t even show up until the crime or fight scene is over. Immediately the bottle went on the head. Girls screamed and rushed out like they were already waiting at the door. (We know they were waiting at the door, but you shouldn’t let us know that for a fact), so you should have told them to count to 5 after the sound of the bottle.

6. Dialogue. This is key. It needs to be very natural. Unless you are having a movie just to entertain and as such, you can have an Omnipresence Narrator. The guy behind the camera was doing this. And because this was not supposed to be just for entertainment. But to show a reality documentary, he destroyed it. He knew they would start fighting. And already told us before the actual fight.

7. Technique and Behavioural study. If you guys studied and applied these basic items well. You guys would have gotten famous now and Davido would have send you that bread. A fat bread demands a fat sacrifice. It is not a natural behavior for a family member to still go ahead recording after the issue turns horrific. Unless it is a prank video. You guys use a prank technique for a reality documentary. And the guy broke the bottle on the other guys’ head and still has the sharp part of the bottle with him. That alone will make the girl careful with him. But know. Girl continues to push the “Danger Guy” on chest.

Good entertainment. Nice skit. But I guess that wasn’t the goal. Better luck next time. Or should I say, better work next time?

PS: Some people have gone away with creating Viral Realty Videos and have the entire world fooled. It is a gig for professionals or natural thinkers