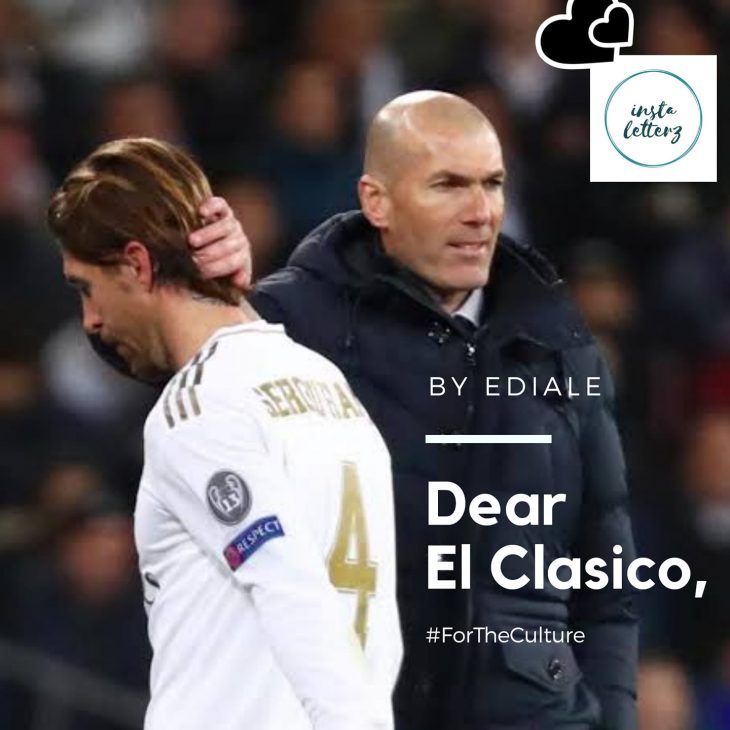 Barca didn’t deserve you tonight. So Real Madrid won and they deserved it.

They were good enough to win the Barca that strolled into the pitch. This Barca had a weak Vidal, a clueless Busquet and Messi who really should be seated at the stands with Cristiano Ronaldo.

Saddest part of the show is that those three name, as worst as they were tonight, they were the best Barca players on the pitch.

I will never like Griezmann. Semedo needs to understand this is not Arsenal. And Rakitic was off right from when they placed a price tag on him.

Madrid was tactically brilliant. They had more hunger and if not them, I would not really understand I was watching an El Clasico.

Isco brought fire in his attacking rush. And Casemiro was able to put a spell on Messi. And there was nothing anyone could do about that. When he finally had a break. Messi forgot that this is Thibout Coutoius, the Goalie who has a leaking hole between his legs.

Even Artur Vidal also missed that gap when he had the chance. So it was a night when we wished Suarez was fit and in form. Griezmann holds the ball inside the box 18 and foolishly looks back for a coming Messi to come and score.

I will never like Griezmann. He is one of the worst things to ever happen to Barca. And if you are a Barca fan with a Barca ID. You have a duty to stop this current Barca board before they kill the vision.

I am ashamed of what I saw today. I don’t blame Messi. I am only sorry for him. There are nights when he won’t come to the party. And we expect him to be ordinary for once. While someone else brings the Magic. But no.

I knew it was going to be a terrible night when I saw Vidal with a ball, in the midfield, as he showed cluelessness until Marcelo took the ball from him.

All the defense line were silly. I don’t even want to talk about the thick black idiot. He doesn’t deserve a mention. They should take that fool out of that club in time.

Yes, if you are reading this letter. I am pained. “E pain me”. Madrid beat us silly. Yes. I agree. And whatever stone you throw at me or at Barca tonight. We deserve such stones.

A team that’s supposed to be the perfect example of possession and passing became something else. Passings went off and repeatedly they couldn’t connect.

Zidane got his selection right. Quique Setien got it all wrong. The wisdom of using an unfit Alba still amazes me. I don’t understand what was the aim. Alba is not in form. Artur, De Jong. Are the only hope I see. Yet they were played out of position.

And it’s quite something that Messi will still win the next Ballon Dor with such a shitty team. He is so confused at times. He doesn’t know if he should remain as a midfielder or if he should go and score the goal himself.