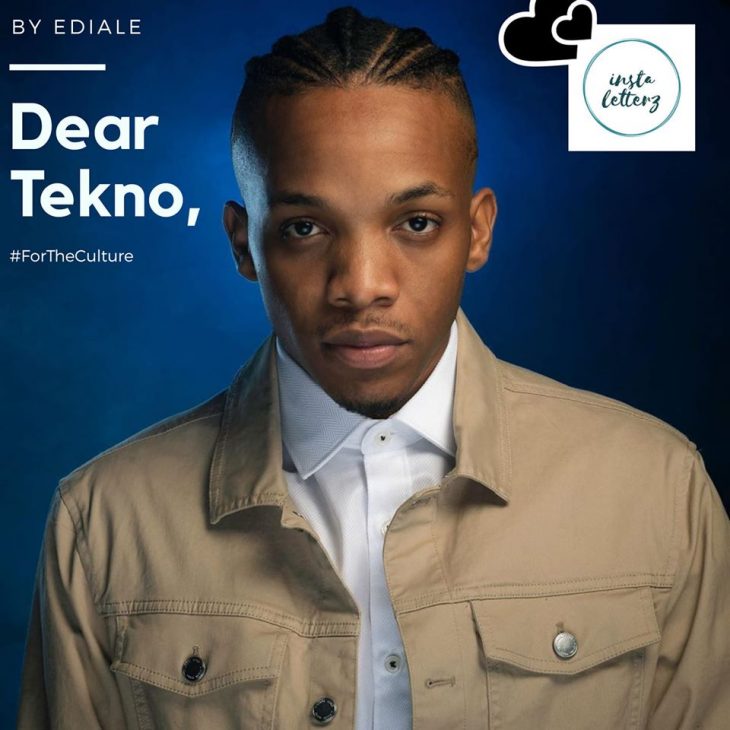 You tweeted, “Congrats to me, finally conquered this dirty smoking habit.

Habits are not easy to break. They have a strong hold on us.

27 is a great time to start living healthy. I am much older than you. I do not smoke. But my Pepsi and Coca Cola love was strong.

On Friday I celebrated 30 days of conquer. No more soda drinks. I do water.

As we grow old, it’s only wise that we care for our health.

Health is wealth. Truly it is.

We just have to be responsible for our tomorrow.

You grew up in the Northern parts of Nigeria — Bauchi, Kaduna, Nasarawa and Abuja.

Stats suggest that a lot of kids abuse drugs from that part of the nation. Even in other parts, we also have rising numbers of kids who have picked up the bad habit of smoking at such a tender age.

With stars like you terming the habit as ‘dirty’, maybe your fans and followers will believe you.

People these days, especially young lads, do what their mentors, stars and celebs do.

If this goes to serve as a positive message to the young peeps (even if it’s a small percentage of your young followers) then it’s awesome.

One man I know told me his wife-to-be gave him an ultimatum and it dawned on him that he could be losing this love of his life because of smoking.

And never looked back. Today he is married and has two awesome kids for that wonderful woman.

Some of these stars out there end up making the girls in their lives Baby Mamas mostly because they didn’t see any solid reason to make her a wife.

Yes, these super stars also have a thinking head. They could be living a life of party after party. Since they are in the business of music, clubbing, shows and parties. In all the madness and loud fun they also know they need some special woman in their lives that can hold and keep a family.

Take Davido forinstance, he didn’t marry all his party-party girls. He picked Chioma because in all, Chioma was saner, smarter and more homely.

Some girls failed to nail it. They fail to capture the hearts of these stars because they thought out-smoking, out-partying, out-drinking their super star boyfriends would get them in.

Some guys are evil smart. In the busy and loud activities of things. They will just systematically zone the wild girl (s) for sex and party. And in their mind they know this one is not for wife.

They end up marrying good girls. Don’t you see some of the women our comedians, musicians and co get married to. Until they meet such special ones, theg just keep becoming Baby Daddies.

You think Olamide wants to sing about the street and eventually end up having a street wife and street kids?

Reminisce is married to woman in the states. He will raise tush and well mannered kids. Even Naira Marley did not marry a Marlian.

PS: Adekunle Gold and Falz wanted Simi because she was not a crack head like most of the girls around them.