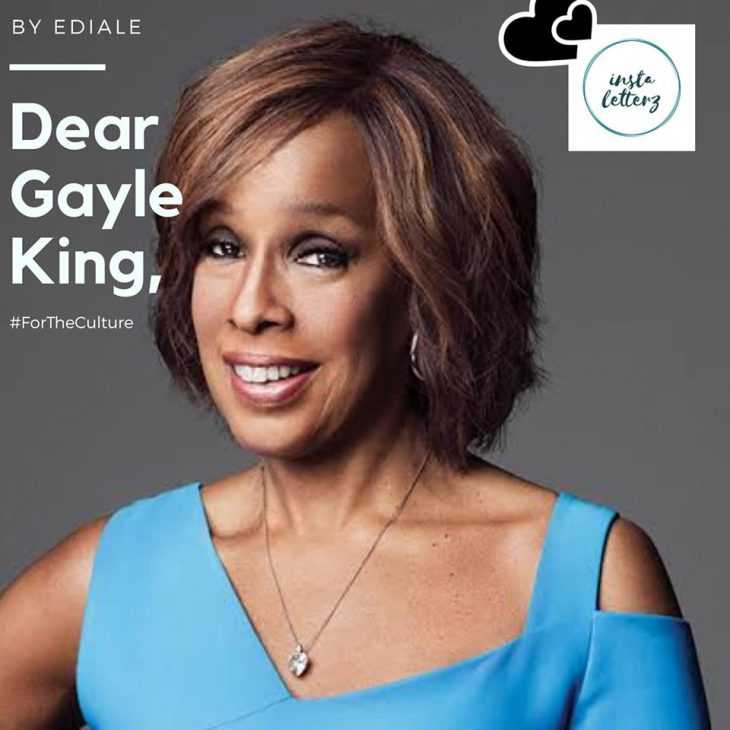 It’s a hard job. Always does seem easy and glamorous. But the duty can end up gathering enemies as well as fans.

So you interviewed retired WNBA star Lisa Leslie and talked extensively on the late Kobe Bryant. But a briliant job went sour and now the people who still mourn Kobe wants your head.

Quite a quirky situation we have here.

Personally I understood what you were trying to achieve. And I understand the technicalities of things that might have made the situation misinterpreted.

I was angry at first until I tried understanding the full context. And even at that the interview were still questionable. What went viral is where you questioned Lisa about Kobe’s rape case. And how you stretched the matter to bother on his legacies.

The clip got me mad. And also very happy the way Lisa answered.

That if anyone or journalist had a problem with that buried past of the Basketball star. They had many years to have asked him while he was alive.

A 2003 case. A case that was already dismissed. And totally settled by all parties involved in 2005.

A Colorado sexual assault case that had been brought against Bryant and dismissed. Why would a black woman be the one asking Leslie if the case made Bryant’s legacy complicated for her?

And it was that very clip that was promoted and distributed online.

Like I said, after the understanding of the full interview I was a little better. But…

At the same time, this black woman (you) shouldn’t have asked that question. The timing was wrong. Maybe if Kobe was alive. Now Kobe is dead. The only thing alive to us are his legacy and you (Gayle) seem to be making an attempt to jail that legacy. That wasn’t cool.

The only explanation would be about using the question and answer to do a cleaning job for Kobe. Knowing that Lisa would answer well. But did Lisa actually answer well enough.

If it was an image laundry job. It still failed. Cos Lisa answers were expectedly patronizing but the focus was heavier on the fact that anyone who had a problem that moment of Kobe’s past had ample time to have met and queried Kobe before his death.

And there’s a whole in that answer.

The strategy, if it was a strategy at all, failed.

And 50 Cent, Snoop Dogg, other peeps of the black community have every reason to be unhappy and angry. 50 Cent told the Press that it was unfair because Bryant wasn’t around to defend himself.

I was scrolling down my facebook page when I saw Snoop Dogg’s video. He was maaaaad. So angry he spoke slow and ended his speech with a warning asking you to back off “before we come get you.”

And for what Kobe Bryant meant to this world, you just had to understand why these guys were this angry. I saw Nigerians who couldn’t eat because Kobe was dead. Kemi Adetiba tweeted her pains and struggles with following the sport since the tragic death happened. So we were all still mourning this champ while this terrible clip emerged.

It seemed like another evil woman was going to jail a black man’s legacy again. For all Bill Cosby was to most of us. Today he is in jail and his legacies also jailed for sexual assualt. Same thing R-Kelly.

The system, their weaknesses, and some humans were all instrumental to their down fall. And these elements just seem to keep coming for the black man.

And some just couldn’t seat and watch the same elements that Kobe already defeated in 2005 come back to tarnish his legacies. And so they arose in moments of anger.

Oprah Winfrey, your best friend calls it “misogynist vitriol” and added some few tears while she spoke about the attack on you (Gayle) in a TV show.

How we color our errors and mistakes. And conjur terms that will systematically make it look like the men are attacking the women.

By representing the people’s anger with the term “misogynist vitriol”. Winfrey has smartly recruited armies for her friend (Gayle). Whereas all you (Gayle) needed to do was simpy take responsibility for your act. Until now you still haven’t apologize to Kobe’s Wife and family. Meanwhile, it is not just guys that were angry.

On my facebook wall, I know and saw more female fans of Kobe than the males. It’s not just the guys that didn’t like the brand of questions you asked about a dead hero.

I do not follow Basketball. But when Kobe died, I saw a lot of lives he affected positively. His legacies spoke loud and clear. And that a lone was a beautiful way to remember him.

Don’t hide create an umbrella of shame to hide in. Just apologize, correct the wrongs and move on.

PS: We know how the media works. Everything is delibrately planned for the ratings and rankings. So let’s drop that cheap excuse that made it seem as if it was a janitor that chose and uploaded that clip.