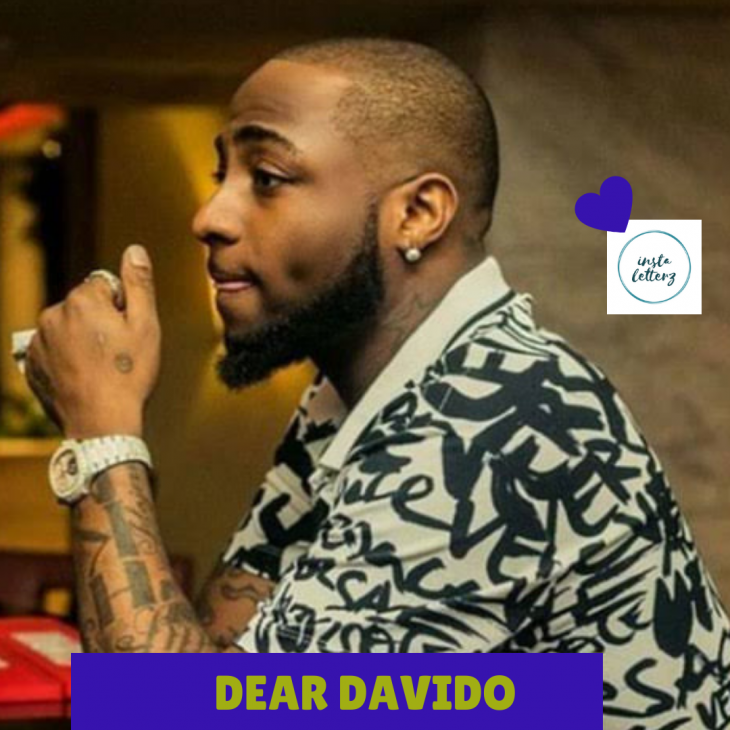 You are just flesh, water and bones.

Stay humble and go about your life and entertainment.

When the girls, Helen and co, vomited trash all in the name of trending video. We attacked.

I called them idiots.

You showed your displeasures. That should have been it.

You need the people.

No Messi without Barca fans. No Ronaldo without Messi haters.

You need the people.

You went a bit too far.

You should have allowed it slipped. Especially when people agreed they were foolish.

Such is life. Didn’t you watch Superman?

You are a rich kid na.

I am sure you were first to see Superman and other superhero flicks before other kids did.

Superman is all-powerful, then all-loving and meek. All slow to anger.

I know you may not know about Jesus The Christ.

He was God. Yet he came to earth and became a man. He was spat at. Betrayed and killed by the men he created.

He didn’t show his powers against the people.

Because even Jesus knows that God needs the people.

There’s a God because there are worshippers. What’s a God without worshippers? And thats especially so for Jehovah who so love the people that he created them after His likeness.

You need the people. They are your fans. Some even worship you. So why become the devil over them.

Why become the villain?

I understand you. You were angry. Especially with what that dude (Chioma’s ex) posted on social media.

And you just made these girls scapegoats.

They are not level. You are way bigger than them. More so they are girls. You went too far.

Next time. Be slow to anger. Especially when you are not dealing with your mate and class.

Some time ago that’s how your label son took justice into his hands and proceeded to slap a blogger for daring to critique his art.

Now you are doing the same ugly thing.

You had the ladies handcuffed in your space.

That sitting room was not the Police Station. That Chair was too expensive, so it was also not the ladies apartment.

You arrested the ladies. You became the Police and the Jury.

A thing money can buy.

A thing dictator and tyrants do.

And that’s what Kayode Ogundamisi, the public commentator, was tweeting about.

According to him, you went too far in dealing with Susan and Helen (who had last week claimed that Davido had got one of them pregnant)

He tweeted, “Imagine @iam_Davido as first Cousin in @StateofOsun with his Uncle @IsiakaAdeleke1 as Governor. And @MBuhari is meant to be the tyrant o!”

At this junction, you also got more infuriated. A think a good king should be slow at doing.

You responded, “It pains you that someone half your age that you can give birth to is greater than you. Now keep my family name out (of) your mouth! Your whole life earnings no reach 30 per cent of my show money and it hurts I know.”

You went too far.

In that video, the two ladies were handcuffed to each other as they tried hiding their faces, and your hypeman, Spesh, threatened to slap one of them.

Now what’s even more complicating is that a fellow citizen made an arrest and proceeded to parade another ordinary citizen.

Now, this is wrong. And all the Police can do is to ‘condemn the act’. Just as they have told pressmen that it was wrong.

Now if the people so please…they can support the girls and sue you.

Also if the police decide to arrest you (the chance is quite slim) you could be paying for damages.

And this also doesn’t paint your uncle’s political ambition well. And that’s Kayode’s argument. That if you can do this as an ordinary citizen. Imagine what you’d do when you become Osun’s first citizen.

He imagines how you would have treated all the jokes, cartoons and badmouthing against you. If your uncle won the 2018 Osun State Gubernatorial election.

Senator Ademola Adeleke, the dancing politician, is dragged into the matter.

You are a star. Whatever you do rubs on the name and glory of your family.

Be slow to anger. And also try hard to have people with more experience around you.

See Tuface has Efe. Wizkid has Sunday Are.

You should have an Ediale(‘see me, see marketing’).

And all matters like this will be handled the best way.

#ForTheCulture
PS: This too will pass. Tomorrow the girls will be more famous. And I know you will give them N1m too.