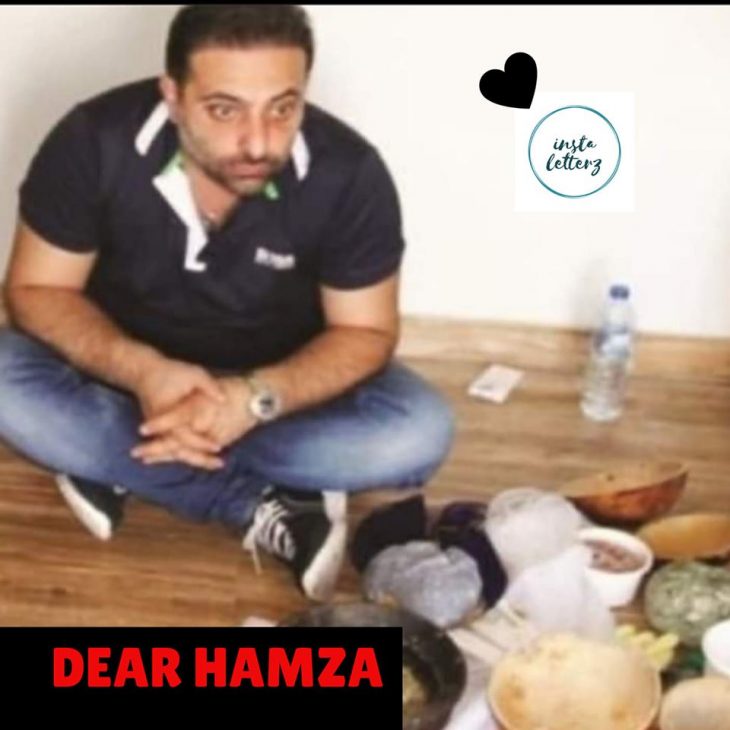 You must be impressed with the EFCC. I am kind of impressed too. I was having my press conference too at Eko Atlantic, the same day you were arrested.

In short, we met the EFCC on that building. And we were almost denied entry to the Credit Registry for us to go have our Press Conference.

The management of that building had to intervene before we were allowed entrance. While we were there doing our journalistic duties and the EFCC were doing their own job.

We heard diff rumours. I didn’t buy the stories then. I was there for my Press Conference. Nothing else. And besides all these securities and service staffers always have a way of peddling rumours.

Some said you have gone to hide in the ceiling. Some sid you disappeared. Many funny gist o. But the full story is out now. I just read this online.

This is how it was reported:

The Economic and Financial Crimes Commission, #EFCC, has arrested a Lebanese, Hamza Koudeih, a collaborator to the just arrested renowned Social Media celebrity, Ismaila Mustapha popularly known as #Mompha and two others, whose nationality are yet to be established following their alleged involvement in internet-related fraud and money laundering.

Hamza was arrested weekend at the Eko Atlantic Pearl Tower, Victoria Island, Lagos where he occupied one of the luxury suites. The suite costs $5million.

Operatives of the commission had a fierce battle arresting him because his apartment was fortified with triple reinforced fireproof door and closed-circuit television cameras.

A source at EFCC said operatives of the commission, “actionable intelligence received from local and international law enforcement agencies had revealed that Hamza and Mompha alongside their collaborators are high valued targets in Organized Cyber Syndicate Network, OCSN.

“At the point of arrest, EFCC operatives discovered a fireproof safe stocked with different charms and talisman which he admits are his “prayer objects.” Two Luxury cars were also recovered from Hamza.

“Meanwhile, ongoing investigation into Mompha’s alleged criminal activities have revealed that he operates 51 bank accounts in Nigeria as a conduit for his money laundering activities while acquiring several assets in Dubai.

“Also, more facts have emerged that the five wristwatches recovered from Mompha at the point of arrest earlier put at N20millon were actually worth over N60 million. An investigation is ongoing to profile ascertain the involvement of the other suspects.
***
And that credit should go to Homarrell.

Your Too Much Money spotter,

Ediale
#ForTheCulture
PS: I will never see a reason to own N60m worth of wristwatches. What time do I want to tell? Am I heaven’s timekeeper?