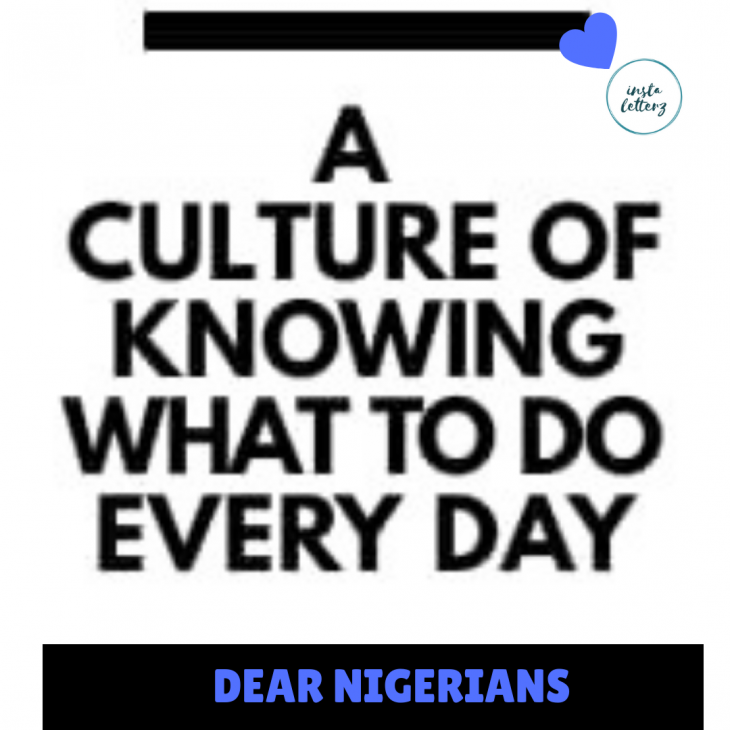 Still in the spirit of appreciating the duty of service. And the privilege of being the founder of InstaLetters.ng.

I am glad to announce that a deliberate series will commence on the platform. We have deliberately written several letters since starting months ago.

And 90% of those letters were under the culture series, hence the hashtag #ForTheCulture. Now we are unveiling the solutions series (#SolutionSeries).

We have identified three basic levels of target for the solution series:

We intend to prepare well-written letters that will provide solutions. These watertight letterized documents would include all the basic ingredients needed to communicate applicable solutions to our national leaders in the executive, legislative and judiciary levels of Government.

When the people are educated, they are enlightened and that single happenstance can go a long way in solving problem such as security, joblessness, depression and so on. It’s easier to take to crime when you are not or less educated, and by extension have no secured future in terms of revenue generation. It’s easier to take to terrorism and suicide when you take Education away. Carefully written letters of academic subjects and themes will fly here (under #SolutionSeries).

Here we shall also give detailed counsels on other general day-to-day living issues. E.g How to live in Lagos during the raining season? What should I do when my tent is due but I have no money to pay? What to do when your spouse is cheating on you? E.t.c (also under #SolutionSeries).

Most of the letters under #SolutionSeries shall pass through a board of editors. It shall also mostly be a product of teamwork. And hence we are calling for volunteers: interns, journalists, experts in various fields, graphics designers, photographers, videographers, data analysts, teachers, lecturers, researchers and sponsors/philanthropists.

PS: Now this is one piece I really want you to share. Thank you.