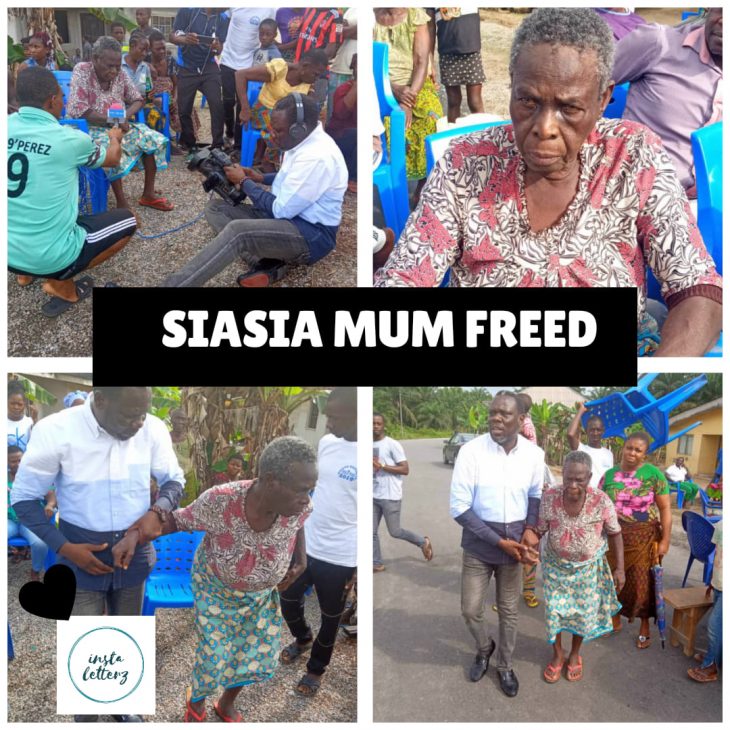 Congratulations, on your mother’s (Beauty Ogere) release by her kidnappers.

This is how National Daily reports it:

***
The Bayelsa born, via text messaging responded in the positive to a question about her 76-year old mother being freed by her kidnappers.

“Yes, she is released” was the short reply.

Although he refused to provide further details, but a close family member has seen hinted the press that N15m ransom went to the kidnappers.

Mrs Ogere was kidnapped on July 15 by heavily-armed gunmen who invaded her Odoni country home in Sagbama Local Government Area of Bayelsa State.

A few days ago, Siasia made a passionate appeal to the Nigerian government to help his course as his mother was sick when she was kidnapped

“So I can only keep appealing to these guys to please let my mother go. I would like for the government or whoever is capable to help me bring my mother back.” Siasia told the BBC

This is the second time in four years that Mrs Ogere has been kidnapped. She was held by gunmen for 12 days before her release in November 2015.

“What more can I do but plead for assistance from the government, police and my country that I served as a player and coach,” Siasia added

“My mother is seriously sick and this bothers me a lot. I don’t know where or who to turn to at this point.

“I’ve not had a job for three years, battling with a Fifa ban appeal and to have my sick mother in the hands of kidnappers, I just feel extremely tired.”

Among many other accomplishments, Siasia prides himself as the most decorated African football coach at the Olympics, winning silver at the Beijing Games in 2008 and bronze at the 2016 Games in Rio.

He is currently appealing his life ban from football by FIFA over match-fixing accusation.

PS: It’s a wicked world. Why would a human being born of a woman think of kidnapping a woman this old? And in their mind that N15m will do them good. The stupid things people do for money. How they think money is all. A reason I am not impressed by humans just because they have money. That N15m will kill them. Let the church say a big Amen.