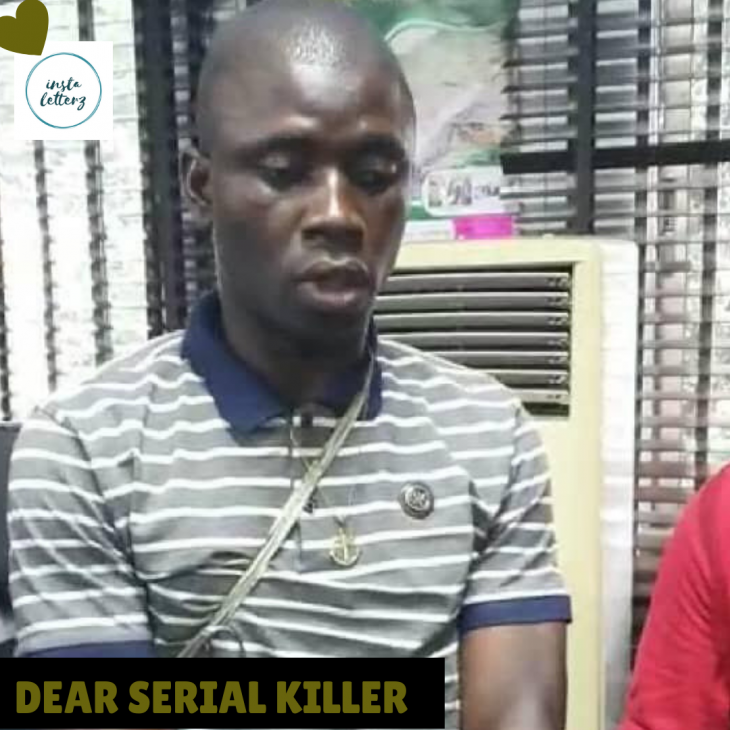 Your name is synonymous with mercy but you have neither been kind nor gracious in your dealings with women so far!

By the account of newspapers, you confessed to the heinous acts of killing seven women in all. Five in Port Harcourt, one in Lagos and another in Owerri . You had no mercy as you tied and strangled these ones in hotel rooms and stole phones, ATM cards and pins and money from them.

Your actions sparked a ridiculous debate on social media into whether a woman should be found in or around a hotel at all. It became clear that a lot of Nigerian moralist at this day and age still live by such archaic, patriarchal double standards that they ignored a killer to actually malign victims.

Even in death, these women you killed were branded prostitutes for daring to go to hotels, let alone being found dead in the rooms. Their families tried in the midst of their grief to absolve them from blame. I heard one sister say, that her sister was a staff of the hotel she was killed in, not a prostitute.

This ludicrous debate raged on because some Nigerians are moralists! Some cannot see the wood for the trees. They could not see that nothing justifies taking a life. Not the profession of the victim, Nothing!

The outcry by some Nigerians showed this one too clearly.

Never mind the ladies with the horrible wigs who went protesting with badly made placards. Those ones were just hungry attention seekers. Spewing rubbish and embarrassing womenfolk the world over.

So tell us … Now that you have been arrested, are we to be gracious to you?

Do we show you the mercy you did not show those seven women?

The court of public opinion is currently out on your matter.

Ps. Someone here was angry. He says the police were insensitive to the plight of the victims because they gave you a chair and fed you after your arrest. I think the policemen were gracious, and that is more than I can say for you. Eat up Gracious, prison calls!!