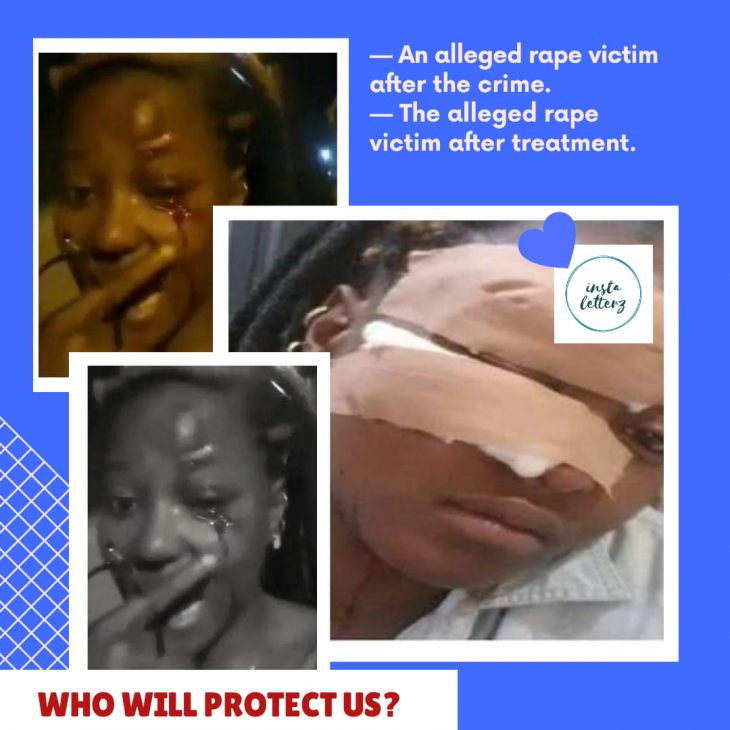 Who will protect us?

As seen on Ngozi Njoku’s wall, Azuka Jebose reports and begs that we all share the terrible story of uniform men who took oath and pledged to defend us but are rather damaging and raping us.

You are suppose to be in Akure, Ondo State, to make a difference. To make a mark, not to create damaging scars.

It’s alleged that a certain Ms. Sheba Ogbu who was returning from her Monday night Bible Studies was gang raped by you guys.

And this gets me worried.

When Policemen who are given vans to patrol the nights end up using their strength and weapons on innocent girls. Who then will save us?

They go to church, they are raped by the pastors who should protect them. On their way home they also meet rapists who are in charge of their security.

On a lonely street, is it now advisable to run when we see a police van?

There are great policemen. But so long there are lots of bad ones like this. We would have problem knowing who is who.

So we could start counseling our young girls and even boys to run when they see the cops?

This is a tragedy.

May we not be safer with the criminals.

This is how Azuka Jebose tells the story:

***
Along the snaky muddy road on this lonely night, Ms. Sheba Ogbu was returning from her Monday night Bible Studies at a near-by church when suddenly a Police patrol Van pulled up with four officers.

Their presence frightened her and as a student of the Federal University of Tech in Akure, her first instinct was to find out why the Police suddenly pulled up to her.

The officers got off their patrol van and allegedly circled her before interrogating her; asked her where she was coming from that late evening: she told them she had been to the church and was returning to her home.

The officers began to intimidate her, forcibly snatched her handbag and searched it without a warrant, as they came up close to her. They found nothing in her bag. The officers then allegedly ordered her to follow them to a safe and discreet corner of the neighborhood where they all would take a turn in sex rendezvous with her. She refused their order: that infuriated them and they collectively violently assaulted her, smashed her head on a rock within the vicinity.

After they assaulted her, she was shaken. The officers then took turns to rape her. A distanced passerby allegedly recorded the rape and violent attack of this young girl by men who swore to protect and serve Nigerians.

It is my understanding that the officers have been arrested by the Akure Police Command…They raped an innocent girl. The video helped the police to arrest their colleagues. It is my prayer that these officers be executed as deterrence.

PS: I just ponder and wonder.