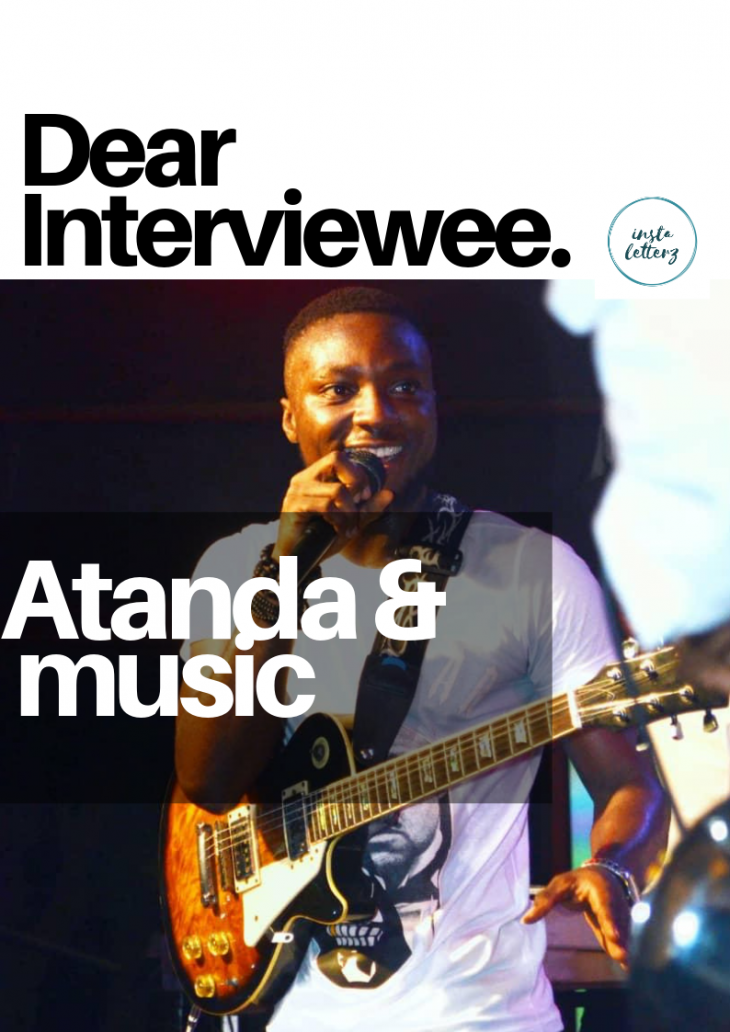 Afro-jazz music unlike every other genre of music is a mix of vibrations and sounds which come together to create rhythm, it acts as food for the soul of humans both old and young rejuvenating it, filling it with energy and vitality. ADENIJI ADEWALE popularly known as ÀTÀNDÁ is a Guitarist and a Songwriter who is currently making waves in the music industry. He started in 2007 and have toured all around Lagos with his band named “Afro-Jazz Messengers”. He is not just the regular afro-jazz musicians but his infusion of rooted Yoruba poems and proverbs into Jazz, Blues & Afro stands him out of all other afro-jazz musicians. In an interview with PAUL ADEBAYO, ÀTÀNDÁ speaks on how his personality and his style of play differentiates him from all other Afro-jazz musicians. Excerpt:

Tell us a little about your background?

I was born and raised in Ajegunle, Lagos where I started playing music in the church as a member of the choir and later became the composer of the choir. I started playing music professionally in 2008 having attended Peter King College of Music where I acquired more skills on my guitar playing and was introduced to jazz fundamentals. My passion for music did not stop at the Music College, however, I preceded to Adeniran Ogunsanya College of Education (AOCOED) Ijanikin and then, Lagos State University, where I bagged BA in Music.

Many believed that Ajegunle has a certain way of influencing one’s dream, what was the experience like concerned with your passion for music?

I would say my environment has spurred my passion for music because I would have loved to become a Philosopher. But, the kind of music in vogue in our environment today has redirected and placed my feet on this path I am. I am a lover of good music and I love to do something different, rare and creative.

How long have you been doing music and how did it start?

I have been doing music professionally since 2007. Although I started in a church in the 1990s as a chorister, where I was playing African instruments like Agogo, Sekere, Conga and Akuba during services. But I started professionally after learning how to play the guitar from a friend in 2007 and also attended Peter King College of Music in 2008. My music career escalated from there.

What were your challenges in regards to the career?

Good music requires capital, and getting it out on air to the reach of your audience also requires big funding. My challenge over time has been getting a promoter or investors, because making the music and funding has not been easy to be candid.

Do you have people you look up to in the industry?

Sure! I have people I look up to in the industry. I love listening to the likes of Late Barrister, King Sunny Ade, Ebenezer Obey, Fela Kuti, Miriam Makeba, Angelique Kidjo, Richard Bona, Beautiful Nubia, Asa and many others who do what I see as good music.

What makes you different from other Afro-jazz musicians out there?

What makes me different from other Afro-jazz musicians is my personality. I am who I am and my style of music is what it is.

What is the contribution of your genre of music to the society?

The contribution of my music to society is moral. Songwriting to me is more sacred and very sensitive because the real you and what you stand for will be revealed and known through your lyrics. Most times I look at what’s going on around me before writing songs because I see it as my biggest weapon to reach out to someone out there who cares to listen.

Do you see Nigerians embracing your style of music and which of your performance(s) brought you to limelight?

Yes! I so much believe in that. Since I began professionally, I have toured all around Lagos with my band “Afro-jazz Messengers”. We have performed in shows like Felabration, Lagos International Jazz Festival, Afrocentric Rhythms Concert 1-4, Beautiful Nubia’s Emufest Concert, Femi Kuti @ 50 Concert, and loads of other events. I recently dropped a single online titled “AGBEKE”. And presently working on an album titled “ANCESTORS”.