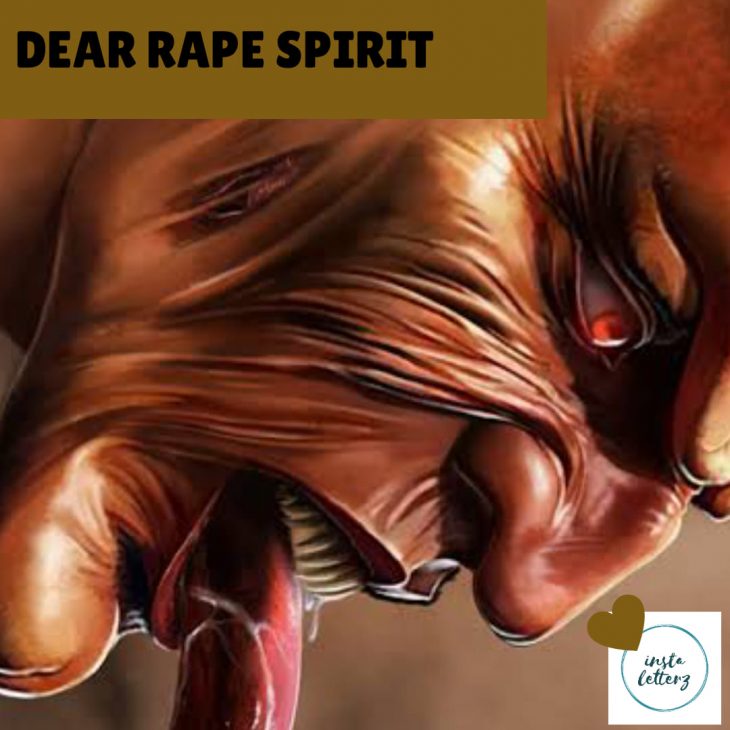 You know what? Fear of the unknown has done the people great harm.

For instance, at one time. Some people would hide underneath a particular river and pretend to be the gods or spirits of the sea.

And some spiritual priest would guide their scam victims to the sea to sacrifice full goats.

At times it’s a full cow that is thrown in the sea. Depending on how big your problem is.

Fantastic swimmers are there in the water once the goods land, they drag it away.

So I am writing to you the spirit that rapes men in Ogun state.

We hear the police in Ogun state have arrested you.

You molested fellow men sexually while pretending to be a spirit, around Atan area of Ogun State.

And until the court tries the case you remain a suspect.

You are suspect Justin Edward. You are 34 years old. And they say you wear a mask while perpetrating the act.

I cover my anus with the precious blood.

But it has to be a woman raping such men.

Now how do they deal with a man raping them?

I will never report a case of a woman raping me. As long as she doesn’t damage any organ of mine, while at it.

I am not supporting rape. But I will be heartbroken and silent. Cos even the police will all laugh and roll on the floor if I tell them a big breasted woman just raped me.

Now if it’s a man that rapes me. I will report o.

That is a serious case. Even the police will agree.

So you were unlucky and got caught.

Vanguard reports that your style was to lay an ambush for your male targets at strategic points.

And that when you see your prey, you jump out, pretending to be a spirit from the cemetery.

And then you drag your victim to a convenient place, where you had sexual intercourse with them.

According to Zonal spokesman, DSP Hauwa Idris, “He was found with three facial masks, upon arrest. He confessed to having had sexual intercourse with five men. Investigation is in progress, while efforts are on to arrest other members of his gang.”

I imagine the stress.

Hiding in a cemetery, wearing a mask, sweating and laying await in a bush that could have bad insects and reptiles.

All for a man’s butt?

What if a snake attacked you.

What if you pounced on a man that had a gun. And kills you on the spot.

All for a butt? Some manly anus?

PS: All those Taxi drivers that say they got to cemeteries and their riders told them to stop and watch them walk into the cemeteries. I just hope they were not too scared to collect their money. Nonsense and spirits my ass.