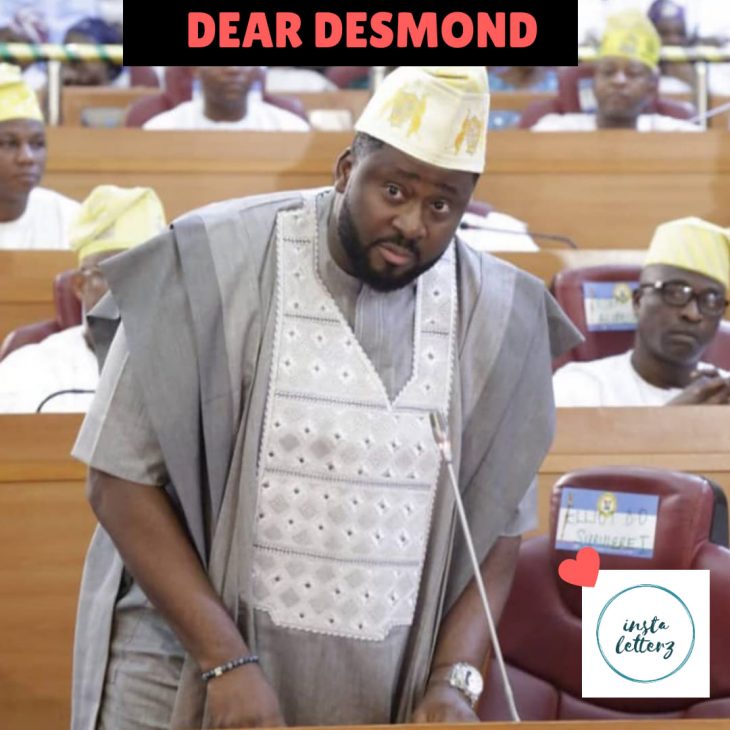 What did we do to you?

We don’t deserve the way you have rewarded our love. We stood for you. Talked for you. Campaigned for you.

You paid us wrongly.

We don’t like this coin you tossed our way. It’s the lamest coin I have received in a long while.

This coin landed on our heads. Our skull could be cracked by it.

A decent young sharp representative of the foot we have decided to put forward.

Why would you speak such unclever words in queens English?

Had you expressed such lame opinion in pidgin English. We would have filed it under a joke.

Had you expressed it in Nigeria accent. We’d find a way to cope with it.

“First they need to create an enabling environment for this industry to thrive. Secondly, they need to consciously, intentionally focus on building the industry. Treat it like you’re importing rice. Okay, you know, so you ban all foreign content. You know, make it difficult for foreign content to come in, so your local content can grow.”

Now my left ball is in severe pains.

Imagine many other good guys who’s balls you have damaged by this blunder.

We don’t need to ban foreign films. If we ban such contents. We’d die.

Because some of you guys making Nigerian Films are not ready for us yet.

Most of you still buy movie script for N10k.

Some of you just want to produce for producing sake. And luckily for you guys our mothers and grandmothers don’t mind.

They like gossip and somehow the products you guys put in a film package helps them to gossip and talk about the societal issues.

Cos, there still some Nigerians making awesome contents.

If the Government bans foreign content and they retaliate as well. How would more Genevieve Nnaji’s Lion Hearts find their way to Netflix?

What happens if the world refuses to open it’s curtain to our local content.

I know you think the Cinema-goers don’t see local films like they patronize foreign flicks.

And in your mind, this will stop, and you producers will make more money.

See the music industry for instance.

Sounds got better, videos too.

And today Wizkid and co are great exports.

And stop the fake British accent. Why do we all even like the foreign accent these days.

PS: We need to have intelligent youths in politics. Not just handsome youths who want us to ban foreign movies but say it in British accent. I know we are trying to avoid the Oshoooos!