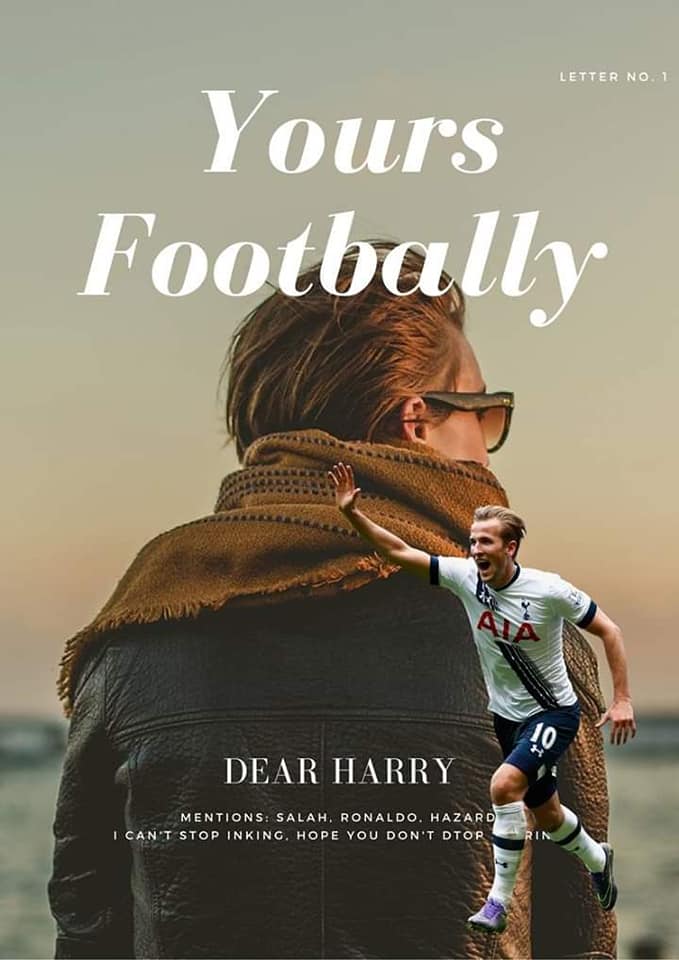 I am writing you from Jersey Number Twelve headquarters. Forgive me for starting this the Lasisi Elenu way, ‘Something just happened right now…I heard you are not giving the Real Madrid’s deal any serious attention because you love Tottenham for it’s your boyhood club’.

Are you Maaaaad? is it your father’s club?

Why the hell are you taking this deal easy? You must push at this move. Make it happen. You are 25 years old. As an Irish man, that you are, I don’t think your career can last another 6 years. And guess what, all you need do is impress for another 3 years, be ordinary in the 4th year and in your 5th year in Madrid, we all can start talking about you going back to end your career in Tottenham.

If by then, Tottenham is still a club behind league leaders, you can go to Arsenal. After all, that’s the club that gave you your academic admission at the age of 8. Thankfully, Wenger won’t be there by then.

Wait a minute…on a second thought, Arsene Wenger may still be there. He seems to have the strongest desire to lead the club forever!

I heard your mum’s name is Kim. What if you don’t need to continue your football career after 5years in Real Madrid. Perhaps, that your mum shares a name with the reality TV goddess, Kim Kardashian, may just be a big clue of where you should retire, after football.

Having a reality TV show of your own isn’t as bad as being a boxer. Yeah, I’m not calling names but we know your friend moved from playing for Man United to trying his hands at boxing.

So let’s see, we could call your show ‘Having Harry’.

What will Having Harry be about? If you give the show’s creation to Ediale, it will be about ladies trying to ‘have’ you. But first the competing ladies would have some set of ‘goals’ to score (or meet) so the highest scorer gets to ‘have’ Harry.

Please don’t make me define the ‘have’ now. It’s yet too early. In 5 years time, we don’t know if you will still have the 6 packs and handsome face. So you see, my friend, time defines us.

Which is why you must get your agent, Unique Sports Management, to start pulling all the stunts they can so you end up playing for Madrid. I am a Barca fan. Yet I woo you for our Arc Rivals because I think the Madrid challenge is becoming too easy. Who will value the El Clasico if just about any team can beat Real Madrid? Ronaldo is more or else in the past. His days are gone. Please come and save El Clasico!

The question is who else, if not you? You have seen it all. You have the experience. And you have delivered more than 30 goals across three seasons now. You have been to the French League, you have tasted several loan deals before competing for your way up the ladder to a point where you are Tottenham’s best striker.

It was Tottenham that sold the world’s 2nd best midfielder to Madrid. Today he’s Madrid’s best midfielder. So it’s like destiny: Tottenham is the Academy for Madrid. Great clubs have two Academies. One is internal, the other is external. Look around, Barca has La Masia and Liverpool.

So destiny and current culture have prepared you for Real Madrid.
If for nothing, you need to go to Madrid so you can have the bragging honors. The last time you attended Chingford Foundation School’s old boys and girls reunion party. I heard David Beckham had all the ladies and honors for the night.

You know why that is? He played and won a lot with Real Madrid. If you sign for Madrid before the next Reunion, you will see the magic. How the table will turn around. You’ll see.

If you remain in Tottenham… The guardian will keep naming you the 5th best footballer on the planet. If you come to Spain, they will name you 2nd to Messi.

You got Emmanuel Adebayo’s number 10 Jersey for Tottenham and you made the best of it. It’s time you go take the Jersey number Adebayo left in Real Madrid. And make it legendary.

I like the fact that you don’t go to nightclubs. Although I was really hoping that when I host you in Lagos it will be in the company of Charles Lawal in his Club Royale. Or I take you to Escape or Quiluxe Club in Lagos Island.

But since you don’t do Night Clubs. I will take you to a Day Club—Christ Embassy.

You’ll like it. It’s a club for champions and the owner is Pastor Chris Oyakhilome —one of the best things to have happened in Nigeria and the world.

If you come with Katie, your love. I will like her to meet Kate Henshaw . Not only because they are namesakes. Henshaw is married to a Whiteman, she’s very real and would understand how best to give you a treat. I don’t trust other Nollywood girls. They will just push Katie aside and give you a taste of what will keep you here in Nigeria. But Kate Henshaw has a good CV.

Also, what’s the use coming to Nigeria if I can’t help make you some money? I saw your Beats By Dre Ads. I think I can introduce you to Lagos Computer Village entrepreneurs. Especially the owner of Slot, Nnamdi Ezeigbo. He’s been spending a lot of his money on D’banj. I think it’s high time a soccer star joins him on that list.

So I will prepare a deal that will see you ride along DBanj as the faces of Slot Shop. FYI slot is a household name when it comes to the mobile phone sales. The company with over 60 outlets across the country is one of the largest retailers of mobile devices in Nigeria. They are reputed with having some of the best prices for phones in the country.

Mr. Edward Harry Kane, It’s time for you to close your average player status and open your door to greatness. I can hear you screaming back at me, saying you are 2 seasons golden boot winner, 3 time PFA team of the year, 2017 FSF player of the year, 7 times PL player of the Month and much more…but all these you’ve done are for average players. I don’t see any UCL glory, no Ballon d’Or listing… Time to step up boy!

I’d love to see you, Eden Hazard and Mohamed Salah in the El Clasico of the future. So I’ll keep writing you all letters until the deals are done. I can’t stop inking, please don’t stop scoring. See you soon.