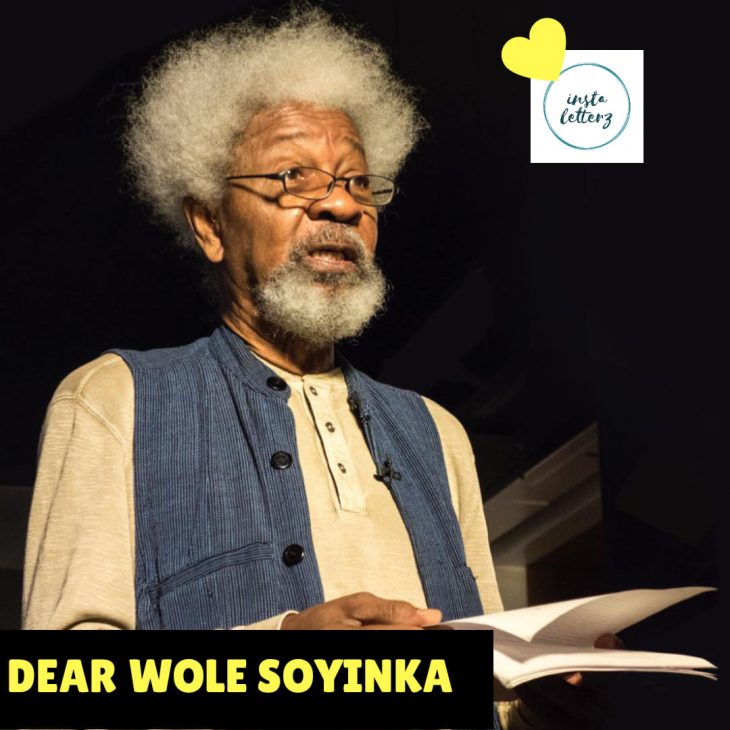 Tonye Cole concorted a sermon with you as subject matter. In a simple message titled: ‘will you give up your rightful seat for respect sake?’

He spiced up the sermon. So much so that the other dude, original owner of the seat must have wondered if that was the same story.

One man even told his 7 sons to do ‘pin up’ and ‘frog jump’ on this matter.

He is so vexed with kids of his generation that upon reading Tonye’s account decided to give his boys the punishment.

He is punishing them for the deeds of the boy. According to him they are of the same arrogant generation.

…the original seat owner. The one accused of disrespecting you on the plane — who refused to sit by the aisle. Who’d rather claim his original seat by the window, has voiced out!

He is flabbergasted at the twist introduced to the story.

It’s like the way some pastors tell the Jesus story.

They spice up the tale so dramatically that Jesus has had to wonder if he is the one they narrate about.

And this part gets me thinking.

That it’s possible for you to do First Class ticket and don’t know your Soyinkas.

As in… He said he wasn’t taught. No one told him about WS.

He has a point though.

If I knew only the people I learnt in school subjects. I would probably not know Maradona or Messi. Nobody taught me Micheal Jackson. In fact even though they didn’t teach TuPac. I am sure they’d have tried preventing me from knowing Tupac. I still know him.

I know them o.

Maybe I know too much.

How the hell did I know about the playboy founder. Who taught me about Anini the armed robber?

Hey I will visit my daughter’s school.

I hope she doesn’t know some people. I will ensure she unlearns and anti-learn some of these wicked politicians.

But really is it possible he didn’t know you sir?

If I meet Leo Messi sitting on my seat. I will ask him to sit on both seats. I’d keep to standing on the plane.

It was in my generation that the Lagos Molue existed. When 99 stood and 99 sat. I won’t die if I stand watching Messi relax on both seats. I’d even tell him why I am allowing him.

But he must promise to nutmeg Hazard in the first season’s El Clasico.

I’d even give his stretched feet some massage.

Hey we are talking about Messi here. I wasn’t taught Ronaldo, I don’t know him. So it would be forgivable if I use my farts to tell Ronaldo to stay far from me and my window.

I know Dangote. So he won’t be asked to stand up. He will pay for both seats. I will stand.

Simi on my seat, by the window.

The same Simi that broke my heart.

The love of my life that went to marry AG.

But if she sings Smile For Me.

There will be wahala.

She dares not sing:

” Stand For Me…baby me please”

I could stand for the entire life of me.

Ok who else do I know. Wizkid? Davido?

Funny enough, if it was 2 years ago…it will be a diff gist.

Now…that Davido is dashing people N1M and N2M. David will sit o. But where there will be war is when he says I should leave both seats entirely for another row just so Chioma can be his neighbor.

It’s N20m only that can solve that fight.

Wizkid will stand up o. I am beefing him. Don’t like the way he’s been tapping Tiwa’s ass in public.

So sir. That is how the story went. Dude said you gave him a pet talk afterward. About Nigerian youths standing for their rights.

If you continue like that no one will know you o. Even the few of us that know you may unknow you.

Nigerians prefer tipping to sermons. So I meet you and instead of you to leave me with small dollars. You dash me a sermon?

Nigerians don’t roll like that. That’s why we all know Tinubu the Jagaban. May I meet him on my seat. I’d greet him well and postrait flat severally before I sit close to the aisle.

One single transfer from the Jagaban for being a proper Omoluabi can turn me to a manufacturer of airplane windows.

My brother may we not come to this life to see windows o. When our mates are seeing money.

I am sure you can manage to fix us your own side of the story.

Something short. It doesn’t have to be a play or a novel.

I am sure you enjoyed the flight. You have seen too many windows and sights beneath.

PS: I just imagine…walking jejely to my seat and I see Buhari.
Chai,
Chai…
Well, let me reserve my comment.