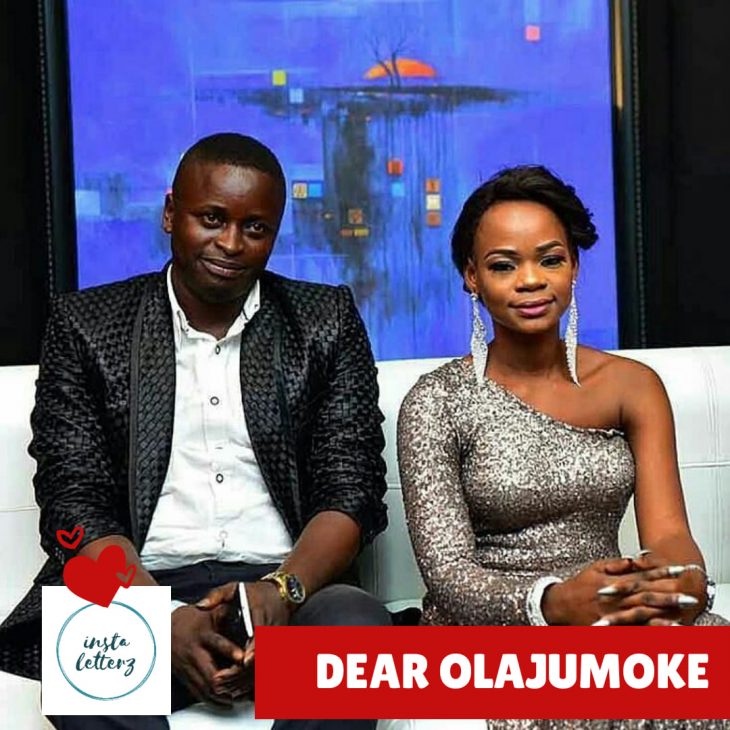 Which level? Showapa? I’m writing you this letter because your manager is out threatening to sue people on Facebook.

So I am on a Facebook surfing exercise. Which is like strolling down the streets of one’s neighbourhood estate. As I strolled, greeting people I see along my way, via Facebook reactions. Using the haha, the like button and the love icon.

Then I stumbled upon a post. It was about you and people’s reaction to your story. The author simply placed what people are saying and wondered aloud what people would say if the story was to be the other way round (as in if it was the man that was going away after being blessed).

I was about waving a haha and continue my digital strolling when I saw your manager’s comment on the thread. It read thus:

Victoria Remi Nkong: I am the manager to that “breadseller” and I don’t know if you realise that you could he sued for saying things that you know nothing about as if you’re certain but we will not be wasting money on attention seeking social media judge and jury so have no worries…You will be alright laslas.

Wow…a show off. I wondered. So I entered the comment section to see more. But I wasn’t disappointed at what I saw. The author gave her some slapback she wont forget in a hurry. She retorted:

Gloria Omaliko-Kalu: Victoria Remi Nkong 😂😂😂😂😂😂😂😂 see riff raff giving the suing social media mantra. Will you get out from here and start getting that papers that never existed ready. Manager my foot.

So that is how I thought maybe I should be part of those being sued. So I decided there and then to pen you a letter. I preinformed your manager. So that’s that.

I know I sound so judgemental when I write at times. I know we tend to be so hard on celebrities when they mess up. We behave like we are all fixed up and have no mess in our lives as well.

But truth is we are all messed up. Most of us are so scattered and unfixed too. But we are not in the spotlight and that’s the difference. We don’t have our undies hanging in the public ways.

It’s you guys that put your shit out. When you do put them out. We have no choice but talk about the shits. On this your case it’s quite some messy shit.

You became a miracle tale about 2 or 3years ago. And you graduated from selling bread to being a top model with mega uplift, endorsements and super deals.

You had free and paid media kisses from press outlets that included CNN and BBC. You got the house of your life with quality furnitures all paid for by Sujimoto (at least for the next five years before you pack out). That deal is remaining 2 years now.

Then you got deals with Payporte and Zenith Bakery. And you got your run away guy back too.

Dude was a baby daddy. He wasn’t sure of ever marrying you. But once you turned superstar, omolomo showed up. And he enjoyed the freaking fame and benefited from the deals.

He, Sunday, was a gold digger. Let me say that again. He was a lazy ass gold digging black skinned nigga. He came back and left his aluminium craft. He came to be man to his celebrity girlfriend. And while at it probably called his religious leader on phone to inform him of how the lord has buttered his bread.

He was blind. You were partially blind. Your managers were professionally blind. And the end result is where the couple have both found themselves today.

Just after you complained of being broke. Your boyfriend, Sunday, who thinks you are one of the Kardashians and he is Scott suddenly realises that this is Africa and you a proper yoruba girl. He is back to reality. You are partially back as well. As for your new manager, I can’t tell yet.

At least, the old manager, Azuka brought wealth. While you were under that management you were never broke. This new one rather than go find solution for you thinks she can threaten Facebookers.

Back to the serious matter. The matter about the separation. We hear you have ditched his surname for Chris. You now bear Olajumoke Chris.

He just woke up and now he wants any job, even if it is to be a car-washer. He even said it like being a car-washer is a terrible profession. He said he doesnt mind that gig and added that ‘it is that bad’. And I am like seriously? This begger has a choice?

Dude has been jobless for three years and he is still this mouthed? And he has the effrontery to suspect you to be cheating?

Today you are in China. Tomorrow you are in South Africa. But he is at home. And he doesn’t see anything wrong in that from the onset. This is what he walked back into.

Now he wants to complain?

He said, “Sujimoto has been of tremendous help to us, though he couldn’t help me as he promised. I appreciate that it was him God used to put a roof over our heads”.

“Every time I attempt to get a job, I get scorned because they keep seeing the mother of my children as a superstar. Even recently, I asked someone to help me process a vehicle to own on hire purchase so that I can be driving it for commercial purpose.

“I can work even at car-wash outlets, as long as the job is legitimate, I don’t mind. That’s how bad things are.”

Somebody should slap the dude to reality. And this slap is long over due.

He even blames you for the delay in marriage. According to him, “My parents had sent words to her mother for about three years now that it was time to formalise our union but Olajumoke has continued to turn down the proposal while insisting that the time isn’t right yet. So, marriage or no marriage is up to her”

And he is still in your house?

He continues with his complains..

“I just know her manager calls her, they go out and return late. Sometimes she returns as late as past 12 am and without explanations. She doesn’t even tell me where they go and what happens.

“To be honest with you, I’ve had to be tolerating her rudeness. She talks to me recklessly and I get very upset. I know her attitude to me is this reckless because I’m not rich or have a robust means of income.”

Dude expects what exactly? You are up and down trying to think of how to ensure they don’t kick you guys out of that Surulere apartment in two years time. You are planning not to end up in the streets but he is quick to go to the press?

I almost thought you are the man when I heard your side of the story. After he had gone to pour out his thoughts to the press like a woman.

You guys missed it. First you all were better of with TY Bello and Azuka. Then dude was better of staying off the limelight that didn’t meet him.

Then you should have invested in a bread shop. An Olajumoke Bread would have made you a more financially grounded entrepreneur.

All the glitz and glamour that you have no solid foundation for was always going to be temporary. At best it will just hang you there and before you know you start living the Lagos fake life.

Sunday didn’t ‘catch’ the celebrity Jumoke. What he wooed was the local bread hawker. He should have had a proper rethink before coming back to you.

And you would have probably fared better without him. Some things don’t just mix. I hope it’s not too late for him. You can still act quick and save your financial life. Don’t decieve your self. Be real.

You may not need to retain your Surulere status. You can relocate to a place you can comfortably afford the rents. Good enough you have two more years to plan for that.

You guys were never married. So what’s the fuss about. Sunday go find the woman that can listen to and respect you. Jumoke go find the man that can accomdate your new lifestyle.

The kids are better off staying with happy couples. So let’s not say we want this already damaged union to work because of the kids. They will be fine.

And if Sunday wants a honest job. Not a 500k per month job. If he truly wants to work and earn sincerely. He should get in touch with me.

I don’t think the matter is any complicated than this. Guy go away, woman go away, case solved.

P.S: Dude is talking about receiving your attitude mess because he doesn’t have a Robust Means of income. When he doesn’t even have a Slim Means of income. Unless he has a plan of using your panties for Benzrituals. He should first start earning slim.